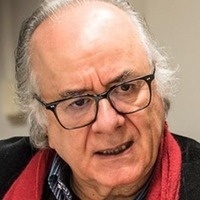 The End of the Cognitive Empire: The Coming of Age of Epistemologies of the South

In The End of the Cognitive Empire Boaventura de Sousa Santos further develops his concept of the "epistemologies of the South," in which he outlines a theoretical, methodological, and pedagogical framework for challenging the dominance of Eurocentric thought. Noting the declining efficacy of established social and political solutions to combat inequality and discrimination, Santos suggests that global justice can only come about through an epistemological shift that guarantees cognitive justice. Such a shift would create new, alternative strategies for political mobilization and activism and give oppressed social groups the means through which to represent the world as their own and in their own terms.

Boaventura de Sousa Santos
Professor of Sociology, University of Coimbra (Portugal), and Distinguished Legal Scholar at the University of Wisconsin-Madison. He is Director Emeritus of the Center for Social Studies at the University of Coimbra and has written and published widely on the issues of globalization, sociology of law and the state, epistemology, social movements and the World Social Forum in Portuguese, Spanish, English, Italian, French, German, Chinese, Danish, Romanian and Polish.

Co-Sponsored by School of Social Sciences, UCI Department of Global and International Studies, and the UCI Law Center on Globalization, Law, and Society