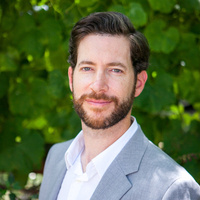 Abuse has gone digital. With each new advancement in technology, those working with victims of gender-based violence, elder abuse, and other crimes must rapidly prepare for how it will be misused to harm the populations they assist. Artificial intelligence is no exception, driving harmful new advances in the field of digital impersonation—such as 'Deepfake' videos. These videos are used, for example, to falsely edit women into pornographic videos they were not actually in. This technology makes anyone a potential victim of nonconsensual intimate imagery and empowers laypeople with the ability to manipulate video, audio, and photographic evidence in legal proceedings. Quite simply, we have entered a time where seeing and hearing is no longer believing. This talk will address the latest forms of digital impersonation and manipulation, how victims are being targeted, and strategies to prepare for and address deepfake harm.

This event is free and open to the public.

This event is approved for 2.0 hours of Minimum Continuing Legal Education Credit by the State Bar of California. UCI School of Law is a State Bar-approved MCLE provider.

Please RSVP, as space is limited.

Adam Dodge founded EndTAB, an organization that provides trainings to empower anyone who finds themselves engaging with someone being abused through technology. Dodge was previously the Legal and Founding Technology Director of Laura’s House in Orange County. He is a former divorce attorney who now devotes his career to ending domestic violence, with an emphasis on empowering domestic violence survivors to represent themselves in family law proceedings. He recently co-authored The Empowered Woman’s Guide to Divorce with Dr. Jill Murray (iUniverse 2017). Dodge is frequently featured in or contributes to media outlets, including The New York Times, The Wall Street Journal, SELF Magazine, The Orange County Register, and The Huffington Post. Dodge’s television and radio appearances include Dr. Phil, and he is a frequent speaker and guest lecturer at law schools, universities, and national conferences.