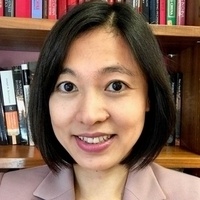 The UCI Law Center on Globalization, Law, and Society (GLAS) welcomes Dr. Angela Zhang, Associate Professor of Law and Director of the Centre for Chinese Law at the University of Hong Kong, do discuss her paper, "The U.S.-China Trade Negotiation: A Contract Theory Perspective."

Abstract:
The article applies contract theory to analyze the dynamics of the ongoing trade negotiation between the United States and China. The United States complained that previous bilateral engagements with China had yielded empty promises from China without substantial progress in the legal protection for intellectual property rights (IPRs). Thus, in this round of trade negotiations, the United States insisted upon a rigid trade agreement, hoping that China would more credibly commit to its promises. China, on the other hand, preferred a flexible agreement that would allow it substantial leeway in determining how to write and enforce its own laws. The row regarding contract specificity directly resulted in an impasse. This article argues that the U.S. trade negotiators have overlooked the incomplete nature of the trade agreement. First, the United States cannot predict every contingency that might occur during the execution of the trade agreement. The Chinese government retains the residual control over its domestic laws and possesses vast discretion in enforcement. Second, it is very costly to enforce this trade agreement. The bilateral trade agreement can neither be enforced by a third party nor will it be self-enforcing. As illustrated by the Sino-U.S. IPR disputes in the 1990s, bilateral trade agreements are constantly renegotiated and the United State lacks the credibility to impose sustained tariff sanctions on China. Third, the cost of writing the agreement is very high. A rigid agreement is more visible to the Chinese domestic audience, who suspects the U.S. motive for triggering the trade war is to contain China’s rise. Moreover, a rigid agreement appears imbalanced and easily invokes the long and painful historical memory of Chinese subjugation to western powers. The Trump administration therefore has overestimated the benefit of writing a rigid contract while underestimating the price of dignity to the Chinese government in acceding to the U.S. demand. Economic integration, a means for countries to hold hostage of each other to promote peace and prosperity, is more effective than a rigid trade agreement in resolving the Sino-U.S. trade conflict.

About Dr. Angela Zhang
Dr. Angela Zhang is Associate Professor of Law and Director of the Centre for Chinese Law at the University of Hong Kong. Her research focuses on applying an interdisciplinary approach to the study of transnational legal issues that bear on businesses. Dr Zhang’s work has appeared in leading international law journals and she is a four-time recipient of the Concurrence Antitrust Writing Award. Before joining academia in 2013, Dr Zhang practiced for six years in the United States, Europe, and Asia. She received her LLB from Peking University in 2004 and her JSD (2011), JD (2008), and LLM (2006) from the University of Chicago Law School.