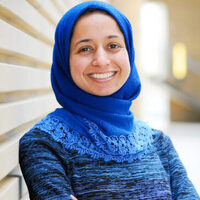 Professor Sinnar will be presenting her paper, “Hate Crimes, Terrorism, and the Framing of White Supremacist Violence.”

Abstract:
Even before the invasion of the Capitol, white supremacist mass shootings in Pittsburgh, El Paso, and elsewhere had provoked a debate over the labeling and treatment of political violence.  The media, policymakers, and legal actors generally conceptualized violence by white supremacists according to two predominant socio-legal frames -- "hate crimes" and "terrorism" -- with increasing calls to label and treat that violence as terrorism or domestic terrorism.  This Article explains the historical development of the hate crimes and terrorism frames over the last decades of the twentieth century, identifies the starkly divergent approaches they take, and argues that neither frame is consistent with a racial justice approach.