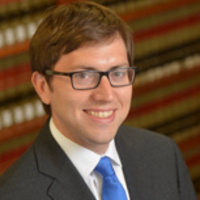 Abstract:
This paper contributes to debates on predictive and algorithmic fairness in the criminal justice system by drawing on contractualism, an ethical theory that demands principles of conduct that no individual can reasonably reject. In general, contractualism privileges the objections of the most vulnerable individual above aggregate social welfare. Contractualism helps to explain why predictive methods pose fairness challenges when they burden people on grounds that are insensitive to their choices: in general, an individual has less ability to raise reasonable objections when he could have reduced his risk of suffering burdens by choosing appropriately. Thus, an individual has good reason to reject principles that would burden him based on the actions of others, particularly when doing so would compound background social inequalities. Examples include not just racial profiling but also predictive policing tools that rest on statistical patterns observable at a population level, without considering individual behavior. Still, contractualism suggests that criminal-justice prediction can be fair. For one thing, an algorithm’s lack of “explainability” is less important to fairness than sometimes suggested, because people can avoid burdens by choosing to abide by the law, even if they don’t understand the nuts-and-bolts of how algorithms work. Further, sophisticated algorithmic tools are at least somewhat sensitive to individual choice and so can be fair—provided certain conditions are met. Finally, contractualism points toward certain measures of algorithmic discrimination, such as false positive rates, over others. Overall, contractualism offers a moderate approach, intermediate between the optimism and pessimism that marks many debates on predictive criminal justice. And contractualism’s insights can be helpful even for those who subscribe to different first-principles views of fairness and criminal justice.

Co-sponsored by the Center for Legal Philosophy.
Lunch will be provided.