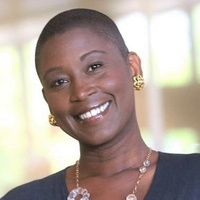 Abstract:
Taking its inspiration from Dr. King, this project offers a new conceptual framework, namely “complicit bias,” to address circumstances wherein people of good will fail to act.  This distinct conceptual framework compliments and seeks to expand beyond the recognized theoretical frames: implicit bias and explicit bias.  It argues that those important frames fail to capture an important third rail. Unlike implicit bias (being cognitively unaware of prejudiced thoughts and behaviors), individuals who engage in complicit bias are cognitively aware of the specific prejudice, discrimination, and injustice at issue.  However, unlike actors engaged in explicit bias, they are not engaged in purposeful acts to discriminate or harm.  Rather, individuals who engage in complicit bias occupy a third category.  They are individuals who fail to act, correct, and/or acknowledge the discriminatory harms inflicted on vulnerable individuals when aware of the inappropriate, unethical, or illegal conduct.  This project seeks to establish and expound upon this theory. It offers historical content to explicate its theoretical foundations and takes up case studies in race, sex, and gender to mark its contours. It concludes with recommendations rooted in law and social science.