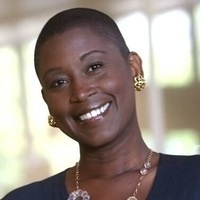 Professor Goodwin will be presenting her paper (with Erwin Chemerinsky), “The Transgender Military Ban: Preservation of Discrimination Through Transformation”.

Abstract:
In this Article, we scrutinize the Trump administration’s ban on transgender individuals serving in the military and critique the Supreme Court’s unusual move in intervening in the matter by lifting the injunctions in place by lower courts. The Supreme Court’s actions signal a worrying time ahead. As we articulate in this Article, the Supreme Court’s decision to lift the injunctions now allows unjustified discrimination against transgender individuals and likely signals a significant shift in the Supreme Court on LGBTQ issues. For many LGBTQ advocates, the Supreme Court’s decision was a stunning defeat, particularly in light of a line of Court decisions advancing same sex equality. Yet, the constitutional gains related to sex and LGBTQ equality, particularly as evidenced through Supreme Court victories, may obscure the retrenchment of discrimination yet to come with a divided Court that splits along ideological lines. We predict that rather than building upon Justice Anthony Kennedy’s legacy in articulating and advancing rights for LGBTQ persons, the Court’s decision may signal a new era marked by the preservation of discrimination.

Our thesis is that the Trump Administration’s ban on transgender individuals serving in the military is based on prejudice and bias, lacking any justification. Unfortunately, the Supreme Court’s intervention to lift the preliminary injunctions bodes poorly for how the Court will deal with this issue and other LGBTQ issues to come. In Part I, the Article situates the transgender military ban as continuing the history of military discrimination against LGBTQ individuals. In Part II, we argue that the transgender military ban is unjustified by any legitimate purpose as compellingly articulated by the district court and as demonstrated by empirical evidence.

In Part III, the Article turns to the Supreme Court and its abuse of the discretion of review. We articulate why the Court’s unusual lifting of the district courts’ injunctions was unjustified, particularly as the Court acted before Court of Appeals decisions. Finally, in Part IV, we forecast the Court’s lifting the injunctions as likely reflecting a major shift on the Court as to LGBTQ issues. Without Justice Kennedy, we warn, the progress made toward LGBTQ equality may be vulnerable.