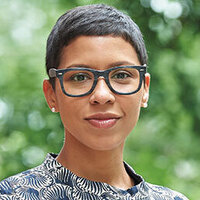 Professor Murray will be presenting her paper, “Race-ing Roe: Reproductive Justice, Racial Justice, and the Battle for Roe v. Wade."

Abstract:
Amidst a raft of major Supreme Court decisions, a relatively quiet concurrence has planted the seeds for what may precipitate a major transformation in American constitutional law. Writing for himself in Box v. Planned Parenthood, Justice Clarence Thomas chided the Court for declining to review an Indiana law that prohibited abortions undertaken “solely because of the child’s race, sex, diagnosis of Down’s syndrome, disability, or related characteristics.” Arguing that the challenged law was merely Indiana’s modest attempt to prevent “abortion from becoming a tool of modern-day eugenics,” Thomas proceeded to elaborate a misleading history in which he associated abortion with eugenics, racism, and a broader campaign to improve the human race by limiting Black reproduction.

While many decried his selective and inaccurate invocation of the history of eugenics, Justice Thomas’s ambitions for the concurrence likely went beyond the historical record. Indeed, in drafting the concurrence, Thomas may have been less concerned with history than with the future—and specifically the future of abortion rights and the jurisprudence of race. As this Article explains, the concurrence’s misleading association of abortion and eugenics may well serve two purposes. First, it justifies trait-selection laws, an increasingly popular type of abortion restriction, on the ground that such measures serve the state’s interest in eliminating various forms of discrimination. But more importantly, and less obviously, by associating abortion with eugenic racism, the concurrence lays a foundation for discrediting—and overruling—Roe v. Wade on the alleged ground that the abortion right is rooted in, and tainted by, an effort to selectively target Black reproduction.

Under principles of stare decisis, a past decision, like Roe v. Wade, cannot be overruled simply because a majority of the current Court disagrees with it. Instead, a “special justification” is required. Justice Thomas’s association of abortion with eugenics constructs the case that racial injustice is the “special justification” that warrants overruling Roe. In this regard, the Box concurrence builds on past decisions, like Brown v. Board of Education, as well as more recent cases, like Ramos v. Louisiana, in which the Court overruled past precedents, in part, to correct racial wrongs.

If undertaken, the Box concurrence’s latent strategy will be devastating to abortion rights, but as this Article explains, its deleterious impact goes beyond eviscerating Roe v. Wade. Under the concurrence’s logic, race may serve dual purposes in shaping the Court’s jurisprudence. As an initial matter, race—and the prospect of redressing racial injustice—furnishes the Court with a potent justification for reconsidering settled precedent. But it also provides the Court with an opportunity to articulate new law that affirms and entrenches the Court’s preferred conception of race and racial harm. In this regard, the Box concurrence is not merely an invitation to recast abortion as an issue of racial injustice; it is an invitation to entirely reconceptualize the meaning of race, racial injury, and racism, as well.