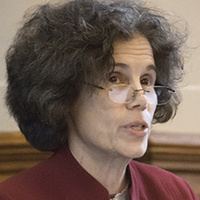 Abstract:
When courts enforce mandates to arbitrate, jurists describe themselves as respecting individuals’ autonomy to enter into contracts and as routing claimants to a process that is more user-friendly process than adjudication. But, as the epigraph with which we begin reflects, providers of products and services and employers both mandate terms of arbitration and now not only ban joint or collective actions in either arbitration or courts but also impose confidentiality clauses. These provisions typically instruct individuals not to disclose the content of claims, the use of arbitration, or the outcomes.

In this article, we explores courts’ responses to such silencing clauses as well as other routes to information about the use and impact of arbitration mandates. Some jurists have held nondisclosure obligations unenforceable, but many have condoned their use despite the repeat player advantages that accrue to the clauses’ drafters, who have access to information that one-shot participants do not. A picture of the use by individuals of arbitration comes from data required by a few states, which oblige providers of arbitration to provide web-based information. From mining thousands of entries, we learned that of the millions of people using services and products, virtually none number file individual arbitration claims. The available data also reflect that law firms and other aggregators have begun a market in de facto collective actions by bundling similar claims against individual providers. These episodic interactions do not provide systematic access for consumers who have been harmed but lack either knowledge of their injuries or connections to aggregators. The privatization of process coupled with nondisclosure mandates prevents others, similarly situated, from learning about the potential to obtain redress and from sharing lawyers with others. In short, after decades of conflicts often termed “class action wars,” we are now in the “information wars,” replete with energetic efforts to mandate nondisclosure that, we argue, law should rebuff.