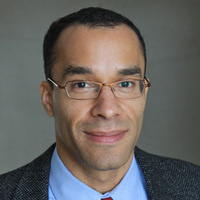 Abstract:
In litigation against private companies that service student loans on behalf of the federal government, borrowers have accused servicers of violating state consumer protection laws. The battle over whether these state laws can be used to enforce accountability likely turns on whether the servicers can shield themselves from liability by asserting that they are protected by the doctrines that protect federal government entitles. Potentially at stake is nothing less than the ability of states to protect their residents from misconduct by the myriad businesses hired by the federal government to contract on its behalf – as well as, of course, the ability of student borrowers to proceed with claims that servicers’ misconduct has had ruinous effects on their financial lives.

Servicers seek to benefit from any or all of a handful of powerful doctrines. One is federal preemption of state law, arguing that the Higher Education Act precludes state legislation and regulation of servicer conduct. Another is the distinct right of the federal government to dictate the limits of regulation of its conduct, and perhaps that of its hired help, by the states. And yet another is the ability of the federal government, under the doctrine of sovereign immunity, to define where and when it can be sued.

This Article explores whether and/or how far that immunity extends to cover non-governmental entities. This is the question of “derivative supremacy.” Derivative supremacy refers to these three doctrines –preemption, derivative sovereign immunity, and intergovernmental immunity –that nongovernmental actors now seek to exploit to take advantage of the protections enjoyed by the federal government, to avoid potential liability. The Article untangles the doctrine, outlines the risks if servicers are successful in arguing for derivative supremacy, and offers potential solutions to prevent a radical shift in the balance of power among the federal government, the private corporate actors it hires, states, and consumers.