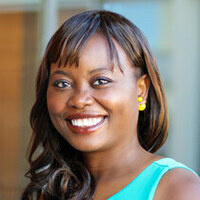 Professor Joe will be presenting her paper, "Who the Public Defender Should Be."

This article seeks to provide an answer to this important question about state assignment by engaging in an original confrontation of each state’s architectural choices for the public defender. A state’s chosen design explicitly captures its definition of the public defender’s role in the criminal process. The chosen arrangement influences the type and quality of public defender funding and establishes the supervisory structure for the provision of services. Both of these characteristics are critical to the meaning and efficacy of the public defender institution.

This article’s primary contribution is to enrich our current understanding of how each state manages the public defender function and how that influences its funding and adherence to constitutional and ethical guidelines. It goes further by concluding that the public defender should be an important executive function in this modern era of mass criminalization and articulating modifications that would improve such a state design. This paper shows that the public defender’s ability to effectively function is fragile under existing management structures. The interventions prescribed in this paper, however, would help secure its essential role as the state’s protector of individual rights against the state’s own exercise of power.