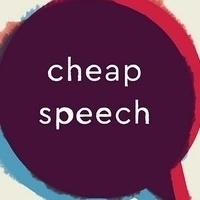 The Guest Speaker Series and Fair Elections and Free Speech Center at UCI Law welcome Center Co-Director and Chancellor's Professor of Law and Political Science Richard L. Hasen to discuss his new book, Cheap Speech: How Disinformation Poisons Our Politics--and How to Cure It (YUP, 2022), in conversation with UCI Law Professor of Lawyering Skills Henry Weinstein.

Co-sponsored by the University of California National Center for Free Speech and Civic Engagement.

What can be done consistent with the First Amendment to ensure that American voters can make informed election decisions and hold free elections amid a flood of virally spread disinformation and the collapse of local news reporting? How should American society counter the actions of people like former President Donald J. Trump, who used social media to convince millions of his followers to doubt the integrity of U.S. elections and helped foment a violent insurrection? What can we do to minimize disinformation campaigns aimed at suppressing voter turnout?

With piercing insight into the current debates over free speech, censorship, and Big Tech’s responsibilities, Richard L. Hasen proposes legal and social measures to restore Americans’ access to reliable information on which democracy depends. In an era when quack COVID treatments and bizarre QAnon theories have entered mainstream, this book explains how to assure both freedom of ideas and a commitment to truth.

About the Author and Moderator

Professor Richard L. Hasen is Chancellor’s Professor of Law and Political Science at the University of California, Irvine and is Co-Director of the Fair Elections and Free Speech Center. Hasen is a nationally recognized expert in election law and campaign finance regulation, writing as well in the areas of legislation and statutory interpretation, remedies, and torts. He is co-author of leading casebooks in election law and remedies. He served in 2020 as a CNN Election Law Analyst.

Professor Henry Weinstein is a Professor of Lawyering Skills at UCI Law. He has worked for the Los Angeles Times, New York Times, San Francisco Examiner and Wall Street Journal and has written more than 3,000 stories, reporting on the ground in 36 states plus the District of Columbia and Canada. He has also written about events and issues in other countries, and for a variety of publications, including California Lawyer, Juris Doctor, The Nation, New Times, the Saturday Review of Education and the Saturday Review of Science.

Registrants  will receive a code for 30% off book purchases in their confirmation email.