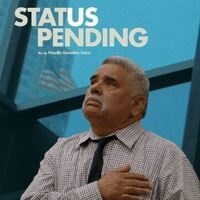 Please join us for a screening and panel discussion of the documentary Status Pending. With Immigration Law under attack, the film follows five Mexican-American Immigration lawyers who form a support group as they strive to help their clients obtain safety and status in the United States.

We hope you will join us for the film and panel discussion and Q&A with the filmmaker and UCI clinical professors Annie Lai and Mónica Ramírez Almadani.

Contending with constant attacks on Immigrants and Immigration Law, lawyers on the frontlines are feeling burned out and disillusioned. This film portrays the five members of an informal support group comprised of Mexican-American solo-practitioners who got their start at the same high-intensity law firm in Los Angeles. Through their friendship and group chat, they provide professional, personal, and emotional support as they navigate the constant attacks on their clients and profession. Through their perspectives, we see how changes in the interpretation of the laws and in legal procedures directly affect their clients by endangering their safety and prolonging family separation. After several years in the trenches, even the most dedicated come to question whether they can continue in this heartbreaking line of work.

Priscilla González Sainz is an award-winning writer and filmmaker who specializes in non-fiction media. Her parents immigrated from Mexico and she grew up in Southern California. Priscilla’s work depicts migrant and first-generation stories, exploring themes of displacement, identity, and transnationalism. She hopes to tell stories that call social, cultural, and perceived barriers into question. Priscilla earned her MFA in Documentary Film and Video from Stanford University, where she was awarded a Stanford Arts grant and curated the Latin American Cinema series Espejos. Her thesis film ROOM 140 was a Student Academy Award Semifinalist and was nominated for the IDA Wolper Student Documentary Achievement Award. Her work has been supported by Tribeca Film Institute and NALIP.