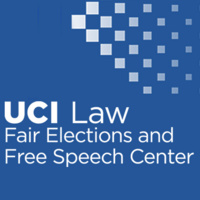 Fair Elections and Free Speech Center | Is the U.S. Constitution Up to the Task of Preserving American Democracy?

This virtual event hosted by the Fair Elections and Free Speech Center at UCI Law brings together three provocative and deeply thoughtful constitutional scholars pondering the question, “Is the U.S. Constitution Up to the Task of Preserving American Democracy?”

Jack M. Balkin is Knight Professor of Constitutional Law and the First Amendment at Yale Law School. He is the founder and director of Yale's Information Society Project, an interdisciplinary center that studies law and new information technologies. He also directs the Abrams Institute for Freedom of Expression, and the Knight Law and Media Program at Yale.

Professor Balkin is a member of the American Academy of Arts and Sciences and the American Law Institute. He is the author of over a hundred and forty articles in different fields, including constitutional theory, Internet law, freedom of speech, reproductive rights, jurisprudence, and the theory of ideology. He founded and edits the group blog Balkinization, and has written widely on legal issues for such publications as the New York Times, the Washington Post, the New England Journal of Medicine, the American Prospect, the Atlantic, Washington Monthly, the New Republic, and Slate.

Professor Michael J. Klarman is the Charles Warren Professor of Legal History at Harvard Law School, where he joined the faculty in 2008.  He received his BA and MA (political theory) from the University of Pennsylvania in 1980, his JD from Stanford Law School in 1983, and his DPhil. in legal history from the University of Oxford (1988), where he was a Marshall Scholar.  After law school, Professor Klarman clerked for the Honorable Ruth Bader Ginsburg on the United States Court of Appeals for the D.C. Circuit (1983-84).  He joined the faculty at the University of Virginia School of Law in 1987 and served there until 2008 as the James Monroe Distinguished Professor of Law and Professor of History.

Klarman’s first book, From Jim Crow to Civil Rights: The Supreme Court and the Struggle for Racial Equality, was published by Oxford University Press in 2004 and received the 2005 Bancroft Prize in History.  He published two books in 2007, also with Oxford University Press: Brown v. Board of Education and the Civil Rights Movement and Unfinished Business: Racial Equality in American History, which is part of Oxford’s Inalienable Rights series.  In 2012, he published From the Closet to the Altar: Courts, Backlash, and the Struggle for Same-Sex Marriage. In 2016, Oxford University Press published his comprehensive history of the Founding, The Framers’ Coup: The Making of the US Constitution, which was a finalist for both the George Washington Book Prize and the American Bar Association’s Silver Gavel Award.  In 2020, he authored the Harvard Law Review Foreword on “The Degradation of American Democracy—and the Court.”

This event content is powered by Localist Event Calendar Software.