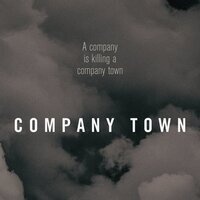 A groundbreaking investigative documentary that tells the story of Crossett, Arkansas, where a local pastor David Bouie galvanizes citizens against Georgia-Pacific, one of the nation’s largest paper mills and chemical plants owned by Koch Industries. It offers a rare look inside a small town ruled by a single company that has employed generations of the town’s residents while burdening them with massive pollution, sickness, and death. Company Town asks, what do you do when the company you work for and live next to is making you sick? This is the story of a modern-day David vs. Goliath.

Speakers Include:
Natalie Kottke-Masocco
Director/Writer/Producer, Company Town
Natalie Kottke-Masocco is a documentary filmmaker, writer, and activist based in Los Angeles. She has produced multiple award-winning documentaries for film and television. Her inspiration and work focuses on social justice issues, utilizing film to make an impact.

Adam Paul Smith
Producer, Act 4 Entertainment
Paul Smith is the creator behind Act 4’s “What Can I Do?” social action campaign, focused on bridging the gap between inspired audiences and meaningful action. He is currently in development on multiple projects for narrative features, documentary, television, and new media.

Food will be provided.