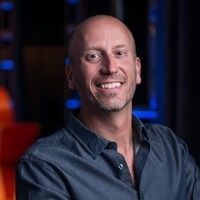 Join CLEANR and Water UCI for a discussion with Senior Attorney and Senior Director for Water Initiatives at the Natural Resources Defense Council, Steve Fleischli.  We will discuss the likely water resource priorities of the Biden administration including the future of the Waters of the United States rule, new legal or policy reforms and initiatives involving contaminants of concern (including PFAS compounds), improving infrastructure, the water/climate agenda, and water pricing and shut-offs.  Attendees are invited to submit questions during the talk for the Q&A at the end of the session.

Steve Fleischli is a Senior Attorney and Senior Director for Water Initiatives at the Natural Resources Defense Council. His team’s objective is securing safe, sufficient and affordable water for people and nature in a changing climate. His areas of emphasis include water quality, stormwater runoff, climate preparedness, California water policy, and the water-energy connection. Prior to joining NRDC in 2010, Steve served as President of Waterkeeper Alliance, an international environmental organization supporting local watershed programs (such as Riverkeepers, Baykeepers and Soundkeepers) in nearly 200 communities across six continents. Before that he served for four years at the Santa Monica Baykeeper in Los Angeles. He has also worked as a legal and policy analyst for the Heal the Bay organization and as an adjunct law professor at Pepperdine University School of Law.

Steve has a long history of advocacy on water quality issues both nationally as well as in Southern California, including as part of successful litigation against the City of Los Angeles in what the U.S. Department of Justice called "one of the largest sewage cases in U.S. history," and as plaintiffs’ counsel in Heal the Bay v. Browner, which resulted in an enforceable timeframe for the U.S. Environmental Protection Agency to set pollution limits for more than 100 impaired waterways and beaches in Los Angeles and Ventura counties.

Steve has testified before the U.S. Congress on water quality matters and co-authored briefs at the U.S. Supreme Court in Los Angeles County Flood Control District v. NRDC, 133 S.Ct. 710 (2013). He has been regularly quoted in the national press; published op-eds in newspapers such as The New York Times and Los Angeles Times; and appeared on a variety of national news programs, including NBC Nightly News, All In with Chris Hayes, and ABC News’ “20/20.”

Steve is a graduate of UCLA School of Law and holds a bachelor's degree from the University of Colorado, Boulder, with majors in Economics; Environmental, Population & Organismic Biology; and Environmental Conservation. He is also the author of two novels: My Sweet Butterfly (2006) and Complicit (2013).