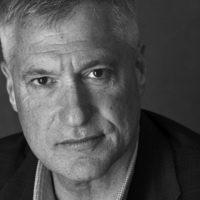 *This event has been postponed. We apologize for the inconvenience and will update as soon as we have new details.*

CLEANR welcomes Steven Donziger, human rights attorney famous for winning a historic pollution judgment against Chevron for their business operations in the Ecuadorian Amazon. Mr. Donziger has been detained by U.S. Courts for over 800 days in an unprecedented home detention of a lawyer for misdemeanor contempt. On Sept. 17, the United Nations Working Group on Arbitrary Detention released an opinion on the case, demanding an end to Mr. Donziger's arbitrary detention, calling it a violation of international law, and launching numerous investigations within other UN bodies. More than 60 Nobel Laureates, over a thousand attorneys, and well over a hundred organizations, bar associations, and public interest groups have voiced the need to end the criminal case against Mr. Donziger. Recently, a federal judge in the Southern District of New York sentenced Mr. Donziger to 6 months in federal jail. Donziger’s attorneys have asked the Second Circuit to stay the sentence pending appeal. This event is a timely opportunity to hear from the embattled human rights attorney himself as he faces the imminent threat of jail time for refusing to turn over his devices and other documents to Chevron.

This event content is powered by Localist Event Calendar Software.