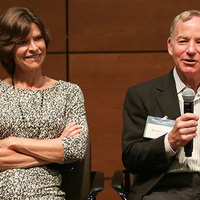 CERLP | The Roles of Lawyers in Constitutional Change

Lawyers play an important part in constitutional interpretation and constitutional change in the United States. Even if Supreme Court Justices are the ultimate arbiters of constitutional questions that come before the Court, they nevertheless rely on lawyers and their organizations to supply arguments to explain, support, and defend their decisions. Lawyers are also part of the “audience” for judicial decision-making—those whose approval judges care about and who hold them accountable. Lawyers serve as intermediaries between the courts and the public, translating laypersons’ perspectives into legal language and explaining judicial opinions to the electorate. Lawyers also shape perceptions in other important arenas of contest over constitutional interpretation, including legislatures and agencies, the media, and popular opinion.

This conference convenes scholars who are studying various aspects of how lawyers influence constitutional interpretation and constitutional change—as organizational entrepreneurs and suppliers of arguments; as part of the “audience” for judicial decision-making; as translators and interpreters; and as suppliers and purveyors of frames that influence litigation, organizing, coalition-building, and public perceptions of constitutional meaning.