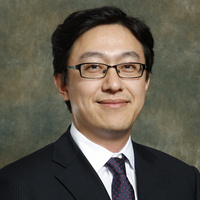 CERLP | GLAS | Ji Li, "'Going Out' and Going In-House: Internal Legal Capacity Building by Chinese Companies in the US"

1.0 hour of MCLE credit approved by the State Bar of California. UCI School of Law is a State Bar-approved MCLE provider.

The “in-house counsel movement” of the past few decades, with its far-reaching implications for the legal profession and corporate governance, has attracted a great deal of academic attention. Few scholars, however, have explored the recent global expansion of emerging market companies and their in-house legal capacity building in developed host countries. In this talk, Professor Li will discuss his article investigating the employment of in-house legal counsel by Chinese companies in the US. According to this study, the employment of in-house legal counsel, subject to multi-institutional influence, varies according to the size of Chinese firms’ US operations, their listing status and ownership structure, and the duration of their US investments. The findings contribute to several ongoing policy and theoretical debates, including those concerning foreign direct investment, in-house counsel movement, multinational companies, the legal profession, and the expansion of Chinese companies in the US and in other developed countries.

The full draft paper will be circulated to event registrants.

Professor Li joined UCI Law in July 2019 as the John S. and Marilyn Long Professor of U.S.-China Business and Law. Prior to the appointment, he was Professor of Law and Zhuang Zhou Scholar at Rutgers University and a member of the Associate Faculty of the Division of Global Affairs.

Professor Li received a Ph.D. in political science from Northwestern University and a J.D. from Yale Law School where he was an Olin Fellow in Law, Economics and Public Policy. After law school, he practiced corporate and tax law for several years in the New York office of Sullivan & Cromwell LLP.