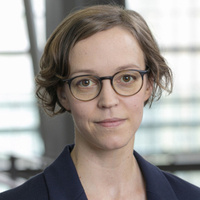 Nina Varsava, Assistant Professor of Law at University of Wisconsin, Madison, will present her paper, "Opinions and Gender at the Federal Courts of Appeals."

This paper presents results from a quantitative, computational study of signed judicial opinions, both published and unpublished, issued by the U.S. federal courts of appeals from 2005 to 2015. The study tests whether and to what extent opinion writing, publication status, unanimity, and impact differ between genders. My early results suggest that women’s opinions are less likely to be published than men’s, that women’s opinions include more citations to authority, and that judges are more likely to write separately when a woman writes the majority opinion in a case.

The preliminary results provide evidence of systematic differences in the professional realities of men and women judges, and lend support to anecdotal and qualitative evidence indicating that women judges are under disproportionate pressure to prove themselves and to appear authoritative to others. My findings also suggest that the views and work products of women judges receive less peer support than those of men. I suggest that gender bias together with entrenched gender roles are substantial sources of the gender differences that the data reveal. And I argue that, if we care about gender inequality in the judiciary, we should care not only about the underrepresentation of women, but also and perhaps even more so about disparities that affect women who make it onto the bench.

Zoom information, as well as the paper, will be sent to those who register.  To request reasonable accommodations for a disability, please e-mail centers@law.uci.edu.

CERLP’s Summer 2020 Workshop Series is a forum to share and discuss works-in-progress highlighting empirical research relating to the legal profession.

About the Center
The Center for Empirical Research on the Legal Profession (CERLP) is committed to empirical research and public engagement on issues relating to the legal profession. The center plays an important role in connecting UCI Law with regional, national, and global communities of lawyers and scholars interested in the future of the legal profession.